Conviction by Any Means Necessary: How Prosecutors Stole 19 Years of My Life 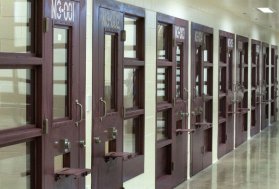 It’s no secret that our judicial system is broken. In fact, many people wonder whether it ever really worked in the first place, or if it can ever be fully repaired to prevent more innocent people’s lives from being ruined. Since 1989, there have been 1,679 exonerations in the U.S., according to the National Registry of Exonerations. Last year, a new record was set — over 125 exonerations in a single year.

The Innocence Project reports that there have been 336 DNA Exonerations in the U.S. since 1989: 206 African Americans, 104 White Americans, 25 Latinos, and two Asia- Americans. These exonerations have taken place in 37 states. The average length of time served by these exonerees was 14 years. Altogether, these DNA Exonerees spent a combined total of 4,606 years in prison for crimes they never committed.

It doesn’t have to be this way. Prosecutors have the power to prevent almost all wrongful convictions by seeking the truth, not just a conviction. If the pursuit of justice were the only goal, innocent men and women would not find themselves collateral casualties. But in the corrupt world of our judicial system, justice isn’t what matters. Neither is compassion — take the case of Glenn Ford, for instance, who served 30 years on death row for a crime he never committed. Ford was exonerated in 2014, given 20 dollars and a bus ticket, and denied any other compensation by the state of Louisiana. He died just a year later of cancer. When asked whether he felt that Ford deserved compensation for his suffering, New Orleans District Attorney Dale Cox replied, “I’m not in the compassion business.”

Most of the 1,679 exonerees were fought tooth and nail in their appeal process by the same prosecutors responsible for their wrongful convictions — or by new prosecutors who turn a blind eye to the misconduct of their predecessors. Claims of innocence meet plenty of resistance. I am one of many wrongfully convicted prisoners who have been asserting their innocence for the past twenty years.

I spent 16 and a half years in prison on a natural life sentence (life without parole) before the Third Circuit Court of Appeals vacated my conviction on January 18, 2012 on the grounds of insufficient evidence and ordered my release barring a retrial. My prosecutor filed an appeal to the U.S. Supreme Court. On May 29, 2012, a mere 148 days after my release, the U.S. Supreme Court reinstated my conviction, stating that the Third Circuit Court of Appeals did not give proper deference to the jury or state courts. My attorneys were not even allowed to file briefs or make oral arguments before the Court.

Upon my return to prison, my legal team unearthed a treasure trove of evidence that supports my innocence. This evidence came in the form of statements from over 20 witnesses, including a police officer who came forward after all these years.

These witnesses fully supported my claims of police and prosecution misconduct. This new evidence led to the prosecutor and my attorneys to have a meeting concerning my innocence. The prosecution agreed to do a “good-faith” investigation. When the time came for the prosecution to reply to my claims, they wanted more time. In exchange for our agreement to a 90-day continuence of the proceedings, they gave my attorney missing parts of the case discovery turned over to me prior to trial. These were documents the prosecution had been legally obligated to turn over to my defense before the trial even started.

In these missing pages was evidence that the prosecution knew I was innocent from day one. We learned that the witness who gave the police probable cause to arrest me was initially labeled a suspect in the case herself. Not only that, the detective stated that they had to work on this witness for months before she told the truth. I still have not received any of this witness’s previous statements which would exonerate me. The prosecution told my jury that they had to believe this witness because she had no reason to lie.

I also found out that the prosecution’s motive witness was the godsister of the lead detective in my case. This person was originally one of my alibi witnesses who made a statement on my behalf, only to recant and testify for a plea bargain for her pending robbery charges. For all of these years, I wondered why these two witnesses would lie about me — now I know that they were manipulated to lie.

After almost two years of stalling, the prosecution wrapped up its good-faith investigation and filed a reply to my appeal. For the first time in 20 years my prosecutor did not argue about my guilt or stand by his evidence. Instead, the prosecution blamed me for not finding the information sooner — information that was hidden in their own files for almost two decades. The prosecution said my appeal was therefore filed too late. In their reply brief to the court, they bashed my legal team and accused me of defaming a career cop and prosecutor simply because I spoke out about my innocence.

My prosecutor continues to stall and attempt to undermine my pursuit of justice. I still don’t have a complete copy of my case discovery. My appeal was filed in 2013 and I’ve yet to have a hearing or see the inside of a courtroom. What I’m enduring, those 1,679 exonerees also endured. And that number does not include the many other innocent prisoners who are fighting for their lives, too.

For an officer of the court who is not corrupt, my speaking out about actual facts should not be a problem. Rather, they should be eager to hear what I have to say and rid our judicial system of corrupt practices. And, in fact, there are officials who are starting to take a stand against wrongful convictions. I commend Dallas County District Attorney Craig Watkins, Brooklyn District Attorney Kenneth Thompson, and the growing number of DAs who are working actively to correct errors that lead to the convictions of the innocent. Officials like them — and an informed public — can mean the difference between life and death for wrongfully convicted prisoners like myself.